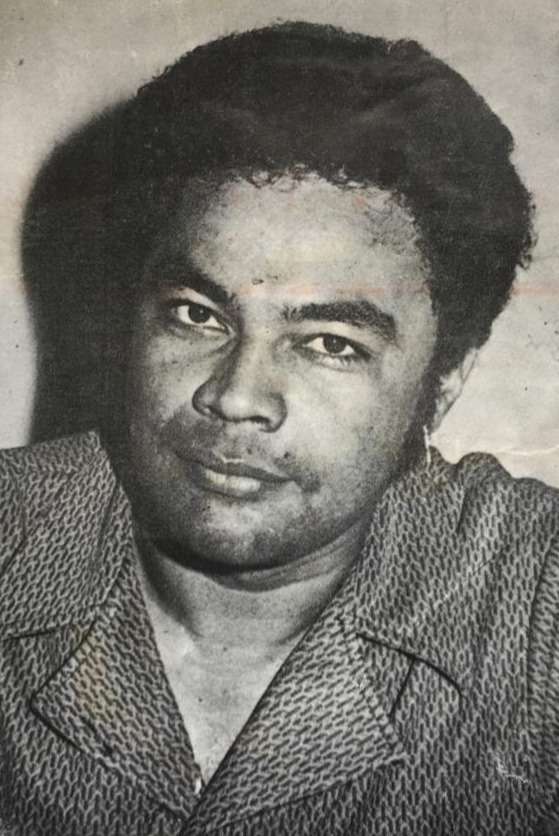 July 13, 1940, Sir John E. St. Luce was born to Cecil St. Luce and Josephine Winter St. Luce on Nevis Street, St. John’s Antigua. He attended the Foundation Mixed School and then went on to the Antigua Grammar School. Upon graduating from the Antigua Grammar School at the age of 16, Sir John wenton to work in administration for the Government of Antigua and Barbuda. He eventually gained employment with the Barclay’s Bank branch in Antigua.

Mr St. Luce relocated to London, England where he attended the University of London and majored in Economics & Social Sciences. On completion of his studies he was employed by Barclays Bank in London as one of its managers. Eventually he returned to Antigua due to his desire to serve his country as a politician. His first job on his return was at the Antigua Sugar Factory where he was employed until 1971 shortly after the change of political administration. He went on to work within the accounting department at the Antigua Slipway.

St. Luce’s political career began when he served as the Secretary of the Antigua Labour Party under the Hon. V.C. Bird. In 1971 he was selected to serve as a Senator after his party lost the elections to the Progressive Labour Movement. He had lost to Basil Peters, garnering less than 40% of the total votes cast. . Shortly afterwards he and colleague Hugh Marshall created a nonpolitical publication called “In Touch” that covered regional and environmental news. In 1976 Sir John was elected to the House of Representatives as Member of Parliament for St. John’s City East. He served as MP for that constituency until his retirement in 2004.

After losing in his first campaign, St. Luce won his seat six (6) consecutive times over the duration of his political career. He was immensely popular among his constituents. A hallmark of this stewardship was the respect he earned from his political opponents within St. John’s City East. For four (4) of his victories he received more than sixty-five (65%) percent of the total votes cast, and twice well over eighty-five (85%) percent of total votes cast twice.

During his tenure as an elected official St. Luce served in the Cabinet of the Government of Antigua and Barbuda from 1978 to 2004. As a cabinet member a he served in various capacities as the Minister of Agriculture, Minister of Home Affairs, Minister of Health, Minister of Public Works, Public Utilities & Communications and Minister of Finance. He is one of the longest serving Ministers of Finance in the region. In addition to serving as Minister to the various ministries, Sir John served as “acting Prime Minister” on numerous occasions.

in 1993 St. Luce was embroiled in a hotly contested battle for the leadership of the ALP once Sir Vere C Bird announced his retirement. The first round ended in a tie and it took a second vote at a specially convened convention for Lester Bird to gain the upper hand and emerge leader of the party. Despite the leadership battle, Mr. St. Luce was appointed as Minister of Finance and continued to serve as a senior minister in during Sir Lester Bird’s tenure as Prime Minister.

In 2017, St. Luce was awarded the Knight Grand Cross, The Most Distinguished Order of the Nation (KGCN) for distinguished and outstanding contributions made in the field of politics and development. In January 2022 the Government of Antigua and Barbuda named the ADOMS Building in his honour ‘The Sir John’s St. Luce Finance & Conference Center’ in permanent and public tribute to his services to the nation.

Today, he enjoys his retirement in the company of his wife, Lady Goldine St. Luce, his children and his grandchildren.