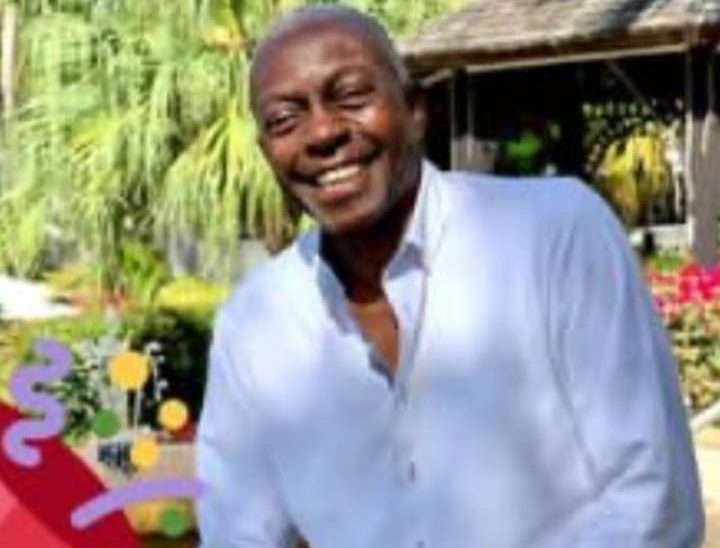 April 8th, 1949- Peter Gordon was born to parents Percy Gordon (Greenhill, Liberta) and Avril Scholar Gordon (Church Street, St. John’s). He was raised at Fort Road and was the seventh of nine children.

Gordon was not short of good role models in his household, with his parents being active members of the Moravian church and regular attendees at various church services and activities throughout the week. Excelling at hard work was another value promoted in his household. His father was an educator for many years serving at a number of institutions before becoming the first education officer in the country and succeeding T.N. Kirnon as Superintendent of Schools. His mother, Avril, was considered the first Antiguan female pharmacist after learning the trade from her uncle, Clayton Davis.

At the age of 3, Gordon was reading fluently and at age 4, he became a member of the children’s choir where he impressed the choir director with his ability to read scripture so fluently as well as sing.

His formal education began at the Hill Secondary School which was located on Popeshead Street at the time after which he proceeded to the Antigua Grammar School in 1961 where he excelled in literature and was considered the top sprinter amongst his classmates. It was also during his time at the Antigua Grammar School that he served as a founding member of the AGS Cadet Corp which developed into what we know today as the Antigua and Barbuda National Cadet Corp.

He recalls his favourite pastime growing up as watching the various news presenters and mimicking them. He had no idea at the time how big a part the media would play in his future life as this was not a career goal at the time. One of his favourite presenters was Ephraim John and he held great admiration for Dame Yvonne Maginley and Mickey Matthews, early pioneers of the Antigua Broadcasting Service (ABS) who would later influence his love for media.

Initially, upon graduating from school, Gordon’s mom arranged for him to work along with surveyor Leo Gore who would also later influence him to serve in the Antigua Barbuda Defence Force from 1967-1970. Following this stint, he began looking for steady work and it was a friend of his who informed him that a new radio station, ZDK, was coming on stream and that he should speak with Ivor Bird about securing a job there. Within four months of the station becoming operational, Gordon began working at ZDK in March 1971 and thus, a successful career in media began. Initially, he started out as a sales representative, however, after filling in for newscasters Julian Rogers and Judy Owens on occasion when they would have to travel, he was eventually thrust into the news environment. He recounts that the work days were long and hard beginning from around four in the morning to eight in the evening when they would air the final news broadcast.

Apart from his time at ZDK, he would also go on to work in television and print media as well which included writing for the Antigua Times. He built close relationships with other personalities as well as influenced the careers of some. He recalls the close relationship he shared with the late Louie Daniel who introduced him to the Commonwealth Journalism Association through which he was able to gain a scholarship to complete a course in Law for the Journalist at the University of Western Ontario, Canada.

Gordon is now retired and currently serves as a member of the board of the Central Housing and Planning Authority (CHAPA). He is happy to have spent his years in broadcasting and is open to sharing his knowledge and training up and coming journalists in news gathering and presentation. He is proud to have served his country as an athlete, broadcaster and soldier and looks forward to passing on to the coming generations the lessons he has learned over the years.

This willingness to share information comes from the teachings of his father who instilled in him, “ Man owns only what he knows and it is his obligation to pass that knowledge on to other people and if he does not, when he dies, he leaves the world being pauperized.”

February 1, 1917 – George Arlington Sheppard was born in the village of All Saints, Antigua. George received his early…

January 12, 1962- Richard Benjamin ‘Richie’ Richardson was born to Samuel and Elfrieda Richardson and raised in the village of…

December 27th, 1938- Charlesworth Theophilus Samuel was born to Hezekiah Samuel (Swetes) and Georgiana Williams (Liberta). He was raised in…

January 1, 1971 – Dwayne Mussington was born to Rupert ‘Papi’ and Cassilla ‘Caca’ Mussington. He has the elite distinction…