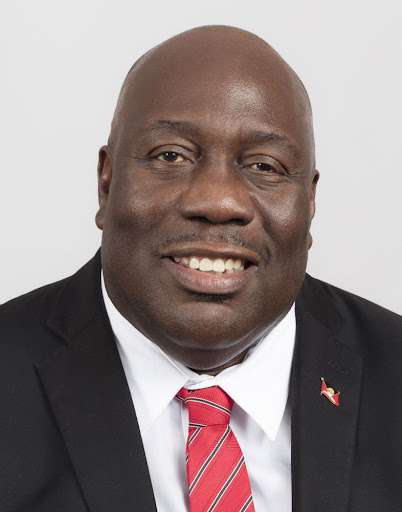 Lennox Weston was raised, and has lived in Parham all his life u today, save for his periods of study and work overseas.

Weston completed his secondary education at the Antigua Grammar School. After a brief time at the Antigua State College, he commenced his tertiary education at UWI Mona as a Hubert Humphrey Fellow.    He continued to complete academic certification in Economic Planning, Business Management and Public Administration pursing courses at the Colorado State University, the University of Minnesota and Connecticut University.

Returning home Lennox entered the public service rising through the ranks to a Permanent Secretary and the Financial Secretary, the top position in the service.  After more than 20 years in the service, Weston broaden his professional scope with stints at the World Bank and the United States Department of Agriculture specialising in agricultural economics and research.

Weston worked a season in the private sector as a consultant with emphasis on business and financial management for local business entities, and environmental and natural resource management for several international agencies.

Weston returned to Public Service in 2009 when he was appointed as a Senator to the Upper House of Parliament by the ABLP, then in opposition. In 2014 he lost his bid to become a Member of Parliament but his party was elected to office.  The change in administration brought his reappointed as Senator with the responsibility of Leader of Government Business and Minister of State within the Ministry of Finance & Corporate Governance.

Completing his functions as a Member of Government, the Hon Lennox Weston has served on the boards of several regional and international institutions including the Eastern Caribbean Central Bank, the Caribbean Development Bank, the World Bank and the International Monetary Fund.

The Hon. Lennox Weston has also served in other spheres, in particular in Sports and Culture.  He has coached cricket and football in his community of Parham and served in both technical and administratively with the Parham Football Club.  He was elected as President of the Antigua Barbuda Football Association, serving from 1988 to 1992.   He is also a renowned Calypso Writer and Producer.  Songs under his pen have won national calypso awards and made it to the finals of the calypso competitions.

For more than nine years Lennox was the host of UNCUT a radio talk show which served to address the range of issues impacting Antigua and Barbuda.  It was a platform that served to increase his national visibility and widen his sphere of influence on the discussions of thing affecting the community.