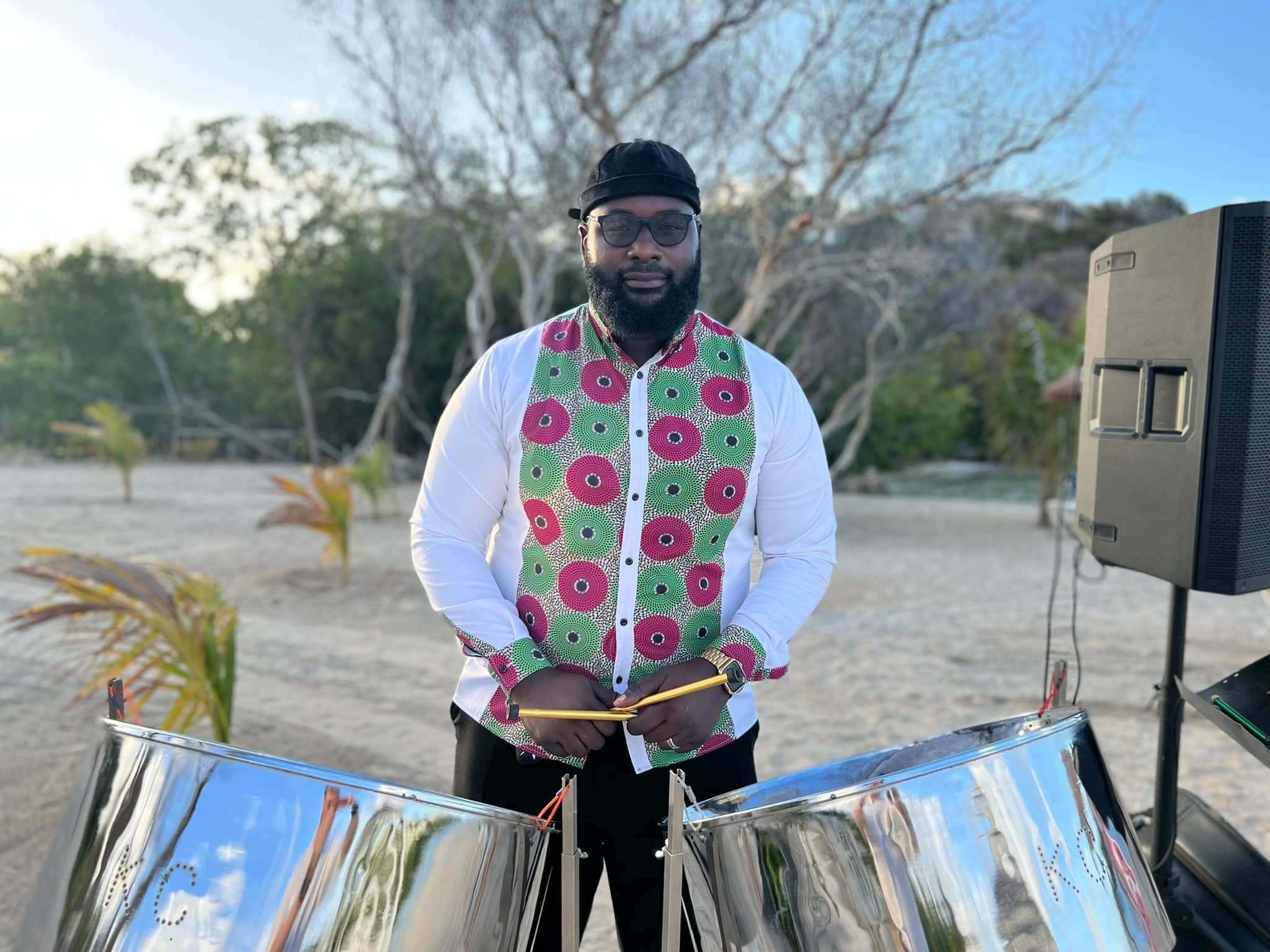 June 26th, 1990 – Khan Cordice was born to Elvis Cordice, originally of St. Vincent, and Ruth Naomi Isaac (deceased) of Freemans Village. He was raised in the Villa Community. He began his early education at the Villa Primary School before moving on to the Antigua Grammar School (AGS).

Growing up, Cordice considered himself ‘fortunate to have two great parents who were very driven in their various fields’. His father has been a member of the Royal Police Force of Antigua and Barbuda for the past thirty plus years while his mother ran an upholstering business on Fort Road, Naomi’s Upholstery. He was able to learn from his mother’s upholstering skills and says that he is able to do a bit of work on his vehicle as well as those of friends, however, as a young boy, when his father, who was also into music, would try to introduce him to the discipline, he had no interest. Even after taking up music as a subject when he began AGS, Cordice still had not given thought to a future in the area even though he was doing very well in the subject.

Cordice’s musical involvement began shortly after writing his Common Entrance Exams in 2002. One of his friends at the time, who also played for the Hell’s Gate Steel Orchestra, invited him to accompany him to the panyard. What was supposed to be a simple lime at the panyard to pass time became an initiation into the world of steel pan for him as the leaders of the group sought to make use of him since he was there. He started off that evening playing double tenor and this became a good excuse to be at the panyard liming every night as Cordice had no intentions of playing in the Panorama competition. However, he became so good at it that he was able to teach others the arrangement and the pan group wasted no time securing his talents for the competition that same year.

He continued to perform with Hell’s Gate over the years and by the time of his fourth form year at the AGS, Cordice was also a member of the National Youth Pan Orchestra. It was during this time that he became acquainted with fellow musician, Gavin Francis who opened his eyes further into the world of pan and invited him to join the group, ‘Just 6’. Francis offered him the opportunity to do his first steel band arrangement, ‘Lambada’ as part of the group and also helped him to expand his networking outside of Antigua and Barbuda. Cordice admired Francis’ prowess and impressive network and sought to put in the extra practice and hard work to improve his quality of playing even further. He began taking lessons from Aubrey ‘Lacu’ Samuel at the Department of Culture to aid in this endeavour. He mentions that he was greatly inspired by the work of Len Boogsie Sharpe of Trinidad and Tobago, who he is good friends with today, and would put in the time to listen to his arrangements and take notes.

Khan’s stride to the pinnacle as an arranger began in his eighteenth year with his arrangement for the Antigua and Barbuda National Youth Pan Orchestra in the 2008 Gemonites Mood of Pan 25-A-Side Competition.  His arrangement of Stevie Wonder’s Sir Duke was well executed by an elite group of young pannist resulting in victory from among an distinguished cast of national arrangers. He also was the champion arranger for Hellsgate Steel Orchestra for the 2016 25-A-Side Moods of Pan competition.

In 2009 he got his first opportunity to arrange for Hell’s Gate Steel Orchestra. He recalls being asked by Veron what tune he would choose and being drafted to ‘assist’ with the arrangement from start to finish, resulting in his first national panorama arrangement and championship.  His tune of choice was King Swallow’s “Party in Space”. He is the youngest arranger to have won a panorama in Antigua and Barbuda (19 years).  Overall, he has arranged 11 panorama pieces for Hell’s Gate Steel Orchestra, 8 of which materialised into championships and one second and two third places. Notably, he is tied for most panorama championships (8) with Victor ‘Babu’ Samuel Gemonites.

He has also arranged for a number of schools for the School’s Panorama Competition which include Antigua Girls’ High School, All Saints Secondary and Clare Hall Secondary.

His most recent accomplishment is placing 1st runner-up in the International Pan Ramajay in 2020.

Barbara Mason who spearheaded the steel pan initiatives within the Department of Culture was a very influential figure in Cordice’s life. She was interested in all aspects of his development and encouraged him to continue improving himself. Through her insistence, he secured a scholarship from the Government of Antigua and Barbuda to complete a B.A in Music at the University of the West Indies, St. Augustine Campus in Trinidad. He graduated with first class honours in 2012 and received the Beryl McBurnie prize for best performing arts student as well as top music and creative arts student. Following this, he went on to Northern Illinois University where he completed a Masters in Music in 2015. It was this experience which helped him to forge a working relationship with his then instructor, Liam Teague who took him touring in various US cities including Philadelphia and Texas.

Since returning to Antigua, Cordice has served as a music teacher from 2015 to 2019 at the Clare Hall Secondary School. In summer 2019, he had the opportunity to serve as Deputy Director of Culture before taking up the role of Director of Culture in February 2020. He describes his post as Director as one of the most difficult things he has ever done in his life but is working to build the capacity of the department. One plan that he hopes to achieve is to structure the ‘Arts in the Classroom’ initiative in which the Department offers support, personnel and other resources to schools to enhance the offering of performing arts programs. His hope is to drive  greater inclusion of more community groups in propelling the arts in the nation.

Outside of his musical accomplishments, Cordice occasionally plays golf and dominoes and was a former member of the National Cadet Corps of Antigua and Barbuda. He is married with two daughters and hopes to one day take up the mantle of doing upholstery as his mom once did. He is also desirous of kickstarting a big brother, big big sister program to help disadvantaged youth in the community.