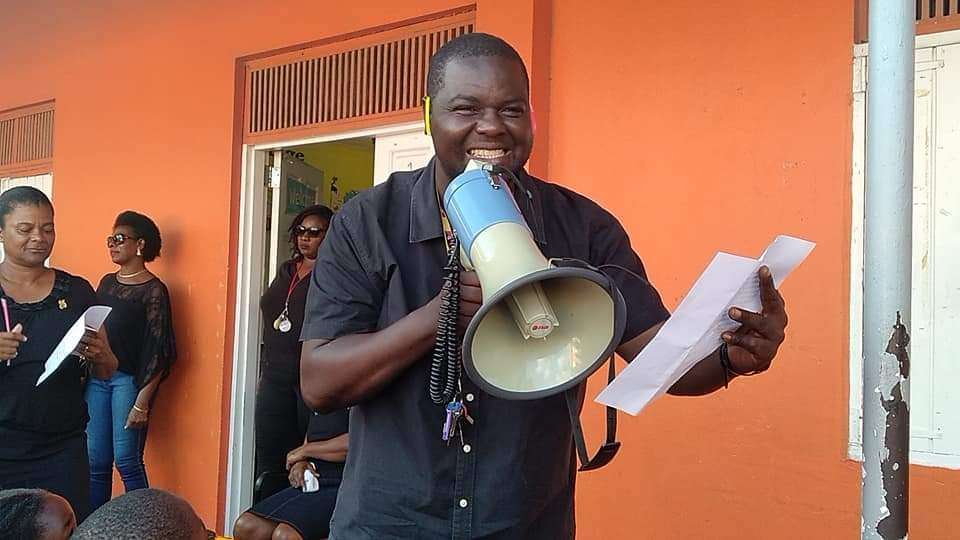 January 24th 1976- Denmore Dwight  Tony Roberts was born to Hilma Charles (Liberta) and James Roberts (All Saints). He was raised in the village of Liberta and began his education at the Liberta Primary School before moving on to the All Saints Secondary School.

Upon completion of his secondary education in 1993, Roberts entered the field of education where he began his journey as a teacher. In 1995, he enrolled in the teacher training program at the Antigua State College which he successfully completed in 1997. He later went on to complete a Bachelors in Education with the University of Nottingham. Roberts has spent over 28 years in education of which 15 years was at the J.T. Ambrose Primary School, to include  serving as Deputy Principal. He also taught at the All Saints Secondary School before serving as Principal of Willikies Primary and Liberta Primary. Presently, he serves as Principal of the TN Kirnon Primary School.

Apart from his work in education, Roberts is active in the Antigua and Barbuda sports fraternity.  He is a trained radio broadcaster and worked part time in this area at ABS radio for 15 years where he hosted ‘Sports Action Line’ on Saturdays at 8:30 pm. He currently co-hosts Progressive Sports, a nightly sports program on Progressive Radio.  He is a regular fixture for cricket and football commentary for local, regional and international cricket and football matches.

Denmore has been a football referee since 1995, officiating at all levels at home with several regional referee experiences under his belt.  He has served as a member of the Caribbean Football Union’s (CFU) referees committee, football referee trainer for Leeward Islands  and is currently a FIFA Regional Referee Instructor.

Roberts served as President of the Liberta Sports Club and Antigua Football Referee Association. His versatility as an individual and capacity for leadership is also demonstrated in his service as band leader of the Gracehill Steel Orchestra, Past PRO of JCI Antigua, Chairperson Teensplash Committee (2010) and Manager of the Antigua Cricket Association under 19 team.

Friend and colleague Amoci Clarke reflects on her interactions with Roberts: ‘he is well rounded in all aspects. He is a no nonsense person but can be very jovial at times. As an educator, he has high expectations of his colleagues. Dealing with him, speaking with him, you felt his ability to manage. He has a good heart but sometimes gets misunderstood.’

Roberts considers himself a budding politician and hopes to represent the people of the St. Paul’s community as their elected parliamentary representative in the near future.