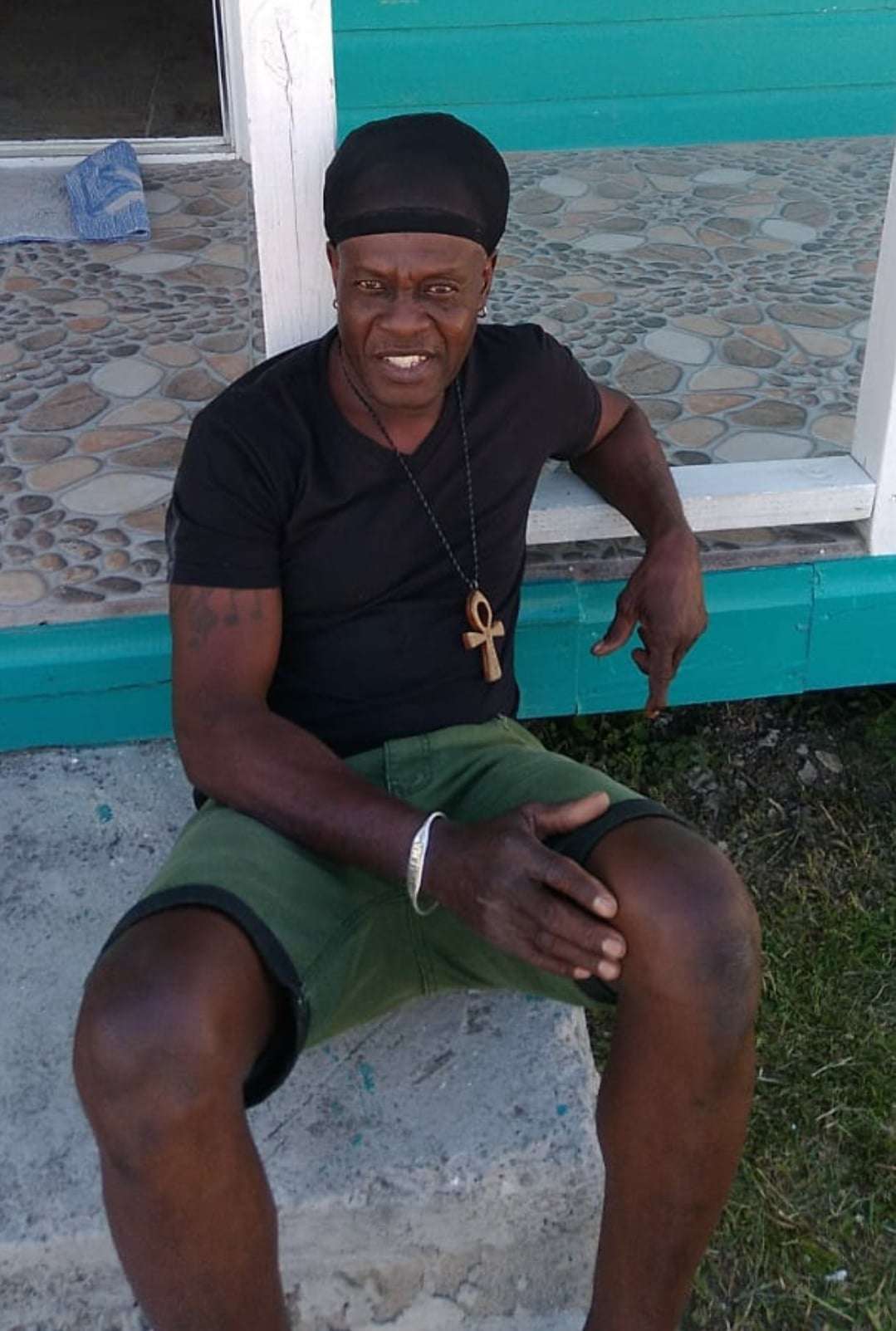 April 10, 1959 – Dalma ‘Boogie’ George was born to Theodore George of Rodney Street and Edris George of Grays Farm. He proudly declares that his ‘navel string’ is buried in the yard of his parents home in Martin’s Village, where they continue to reside.

Dalma’s musical journey began with the trumpet, however, in his early teens he fell and broke his front teeth. The cap inserted as a replacement dislodged regularly when he attempted to resume practice. His dad, recognizing the futility of continuing with the trumpet, simply advised picked another instrument, and the drum story began.

Dalma recollects the amazement his dad and others had with the speed at which he caught on with the instrument. To use his words, ‘the drums and I were destined’. He honed his craft as a member of the 1st Antigua Scouts marching band. While still a student at the Antigua Grammar School in the late 1970s he used to frequent the Ebonites pan yard. On numerous occasions in the early period, his youth, bald head and lack of Lower Ottos connection worked to his disadvantage, and he was denied opportunities to join the band. However, with the urging of a young Evans ‘Jawakie’ Jones and the eventual support of the band manager Mr. Vere Bird Jr., Dalma went on to become the bands drummer and impressed many in the music field with his performance during Ebonites panorama presentations.

His percussive skills held the ears of the Lewis brothers who sought him out to join their band, Fabulous Antiguans. When the Lewis’ initial invitation was declined Mr. Bernard Percival made a business offer of EC$150.00 per night to be the band’s drummer and Boogie landed his first regular paying gig. His expansion beyond being drummer for Ebonites Steelband began. As part of Fabulous Antiguans he worked alongside some of the finest musicians of that era and further honed his craft. The band had a varied gig portfolio which included being the backing band for most events and playing the hotel circuit. When Fabulous Antiguans went defunct, Boogie was recruited by Expressions Brass which alongside Laviscount were the dominant bands until the emergence of the Burning Flames.

Boogie quipped that he played with Laviscount for a spell. He fondly recalls Ashby Lewis introducing him to Teddy Bridges of Laviscount Brass to fill in at the last minute for the regular drummer during a performance at YMCA. After the performance Teddy invited him to come watch them play at Jolly Beach the following night. Next thing Boogie knew he was invited to play the drums as the regular drummer was demoted to other duties in the band.

Teddy Bridges recalls the talent of Boogie, “A great drummer who catches quickly. Dalma was ready for primetime from day one. He is a diversified drummer who can fit in anywhere”. Teddy now mostly retired from active playing, counts Boogie among the finest set of musicians of Antigua and Barbuda and enjoyed his sets regularly, up till Covid-19 halted regular playing out.

Boogie was a foundation member of Vision Band. His standout memories with Vision are: winning Road March breaking the Burning Flames streak and the bands performance at Reggae Sunsplash 1994 in Jamaica when the fans called for an encore performance.

Boogie was also a part of Da Bhann which travelled extensively. Gavin Christopher, cofounder of Da Bhann, recalls the impact of Dalma on his professional development and the strength of their friendship. “Boogie gets very musically involved. He is vey melodical and has extremely good ears. If you are playing a note wrong he would easily identify, being able to identity shortcomings being played or sung. He has the world of experience. Two things make Boogie the greatest to my mind: his discipline specifically his punctuality and commitment to any team or band he is apart of. His courage, not afraid to do anything musically. He is the motivator for many of the bands he is a part of and willing to do what’s necessary to get the best from the team.”

Dalma was the first drummer for the All Star band that formed an integral part of annual carnival celebrations in Antigua. He has drummed for Harmonites Steel Orchestra.

Outside of his musical career, Mr Geroge teaches Electrical and Mechanical Engineering at ABICE.