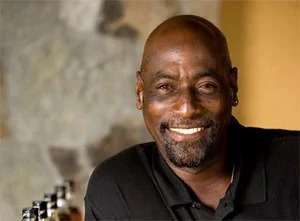 ‘Vivi’ as he is known across his homeland Antigua was educated at the St. John’s Boys School and the Antigua Grammar School (AGS). The AGS is recognized as the institution that contributed to the development of his cricket and football foundation.

“Nurtured on the Nationalist/Black Power ideologies of his adolescent years, Sir Viv rose to bestride the cricketing world like the proverbial colossus. From the very inception of his career, he displayed a pride and an ever present consciousness of his role in carrying the hopes and aspirations of the ‘small island’ people from whom he had sprung.” Truth be told he was the cricketing hero of his island-home long before he dominated the international stage for nearly two decades.

The Master Blaster is considered the best batsman of his generation and still ranks highly across all timelines. He began his Test (international) match career for the West Indies team at age 22 in 1974. In the course of a career that encompassed 121 Test matches and lasted until 1993, he distinguished himself as one of the most feared and productive batsmen of all time. Despite playing in an era when some of the game’s most dominant fast bowlers thrived, he defiantly and famously refused to wear a batting helmet. He scored 8,540 runs averaging more than 50 runs per innings in Test competition; recorded 24 centuries. 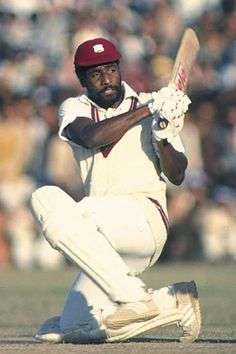 Sir Viv was also an “off-spin” bowler and took 32 wickets in Test competition and snared 122 catches.

Smoking Joe had a dominant International One-Day cricket career. From 167 One Day International Innings, he scored some 6721 runs with a strike rate of 90.2; took 118 wickets and 100 catches.

Among the best memories of Sir Viv’s batting exploits is his 1985 century against England at the ARG, 100 from 56 balls, a thriller for the home crowd. https://petrathespectator.com/sir-i-v-a-richards-fastest-test-century-at-the-arg/

Wisden in naming Sir Viv among the 5 Crickets of the 20th Century records “Richards was capable of technical excellence. His forward defensive stroke, which he sometimes played with exaggerated, ironic care, just to inform the bowler that he could have smashed a boundary but had chosen not to, could be as impenetrable as Boycott’s. But he didn’t use it that often. More frequently, he ignored the coaching manuals and, relying on the keenest pair of eyes and phenomenal reflexes, just trusted his instincts.“

Fire In Babylon – How the West Indies Cricket Team Ruled the World’ Released 2010
At the 43rd Conference of Heads of Government for CARICOM Sir Viv received the Order of the Caribbean Community, the region’s highest award.

The University of the West Indies invested Sir Viv with the Award of an Honorary Doctorate of Laws UWI, on October 21, 2000.

On January 4, 1999 The Government & People of Antigua and Barbuda knighted their hometown hero and elevated him to National Hero Status.

In 1994 he received the Order of the British Empire(OBE).

Sir Viv is a roving Ambassador and easily the most known personality of Antigua and Barbuda. He is a commentator on the international cricket circuit, and serves as mentor for several international teams. He was featured in the 2010 documentary movie Fire in Babylon and spoke about his experiences playing for the West Indies.