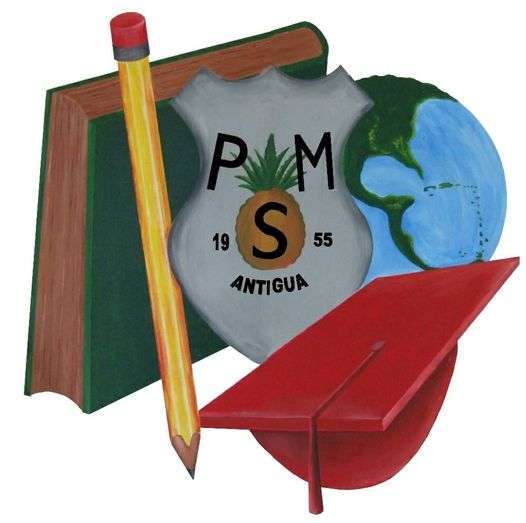 In sharing his reflections Peter Gordon indicated that his father Percy Gordon was among those who laboured to bring the vision of Princess Margaret School to fruition. He recalls it was his father’s lifelong dream to see the development of an academic institution that accepted students irrespective of socioeconomic background and focused on a more comprehensive approach to education. As a young boy, Percy Gordon experienced firsthand the discriminatory nature of the system when his academic prowess qualified him for entry into the Antigua Grammar School but, due to his low socioeconomic status, he was denied entry and it was at that point that his mentors sought an alternative in the Montserrat Grammar School. A similar fate had been meted out to others who, though academically strong, were without the social and/or economic clout to enter the halls of either the Antigua Grammar School or the Antigua Girls High School.

During his tenure as education officer, Mr Percy Gordon worked along with the political leadership of the times to garner the support required to create a shift in the system. With the support of education officials such as Mr Gordon, Chief Minister V. C. Bird led the charge to expand the education infrastructure. Within five (5) years of being elected as the island’s first black leader the Princess Margaret School was born.

The new school was intended to upgrade and replace the St.John’s Mixed School which was then being housed in a building at Spring Gardens. However, when the construction of the new school was completed, it was felt that a new name should be given. That year, Princess Margaret Countess of Snowdon was visiting Antigua for the first time and graciously consented to the new school being named after her and participating in the official opening ceremony.

Shortly after the historic ceremony, the Princess Margaret School opened its doors to three hundred and fifty students under the leadership of its first headmaster, Mr Christopher O’Marde. The initial group of students were 12 years and older, drawn primarily from the St. John’s Mixed School, old St.John’s Girls’ School, and the St.John’s Boys’ School among others.

The original uniform comprised a grey linen jumper with box pleats at the front and back, over a pink blouse for the girls while the boys wore a white shirt jack bearing the school’s crest along with a pair of grey pants.

Among the first staff members were Mrs Kathleen Flax (then O’reilly), Mrs Gertrude O’Marde, Miss Esmie Hunt, Miss Jean Pennyfeather, Miss Yvonne Isaac and Mr Joseph Piper just to name a few. During the period 1955-1960, Sylvia Walker (then Prince) was the first student to obtain passes in the G.C.E (General Certificate of Education) examinations while Everette Lake was the first pupil to receive a certificate from the school.

In 1968, Headmaster Mr Basil Peters introduced the sport houses. There were three houses and the official house colours were Green, Yellow and Blue. Red House was introduced a few years later as the student population increased.

In 1972 the uniform was altered. A grey, A-line skirt with a pink round-collar blouse, tucked in at the waist was the new attire for the girls. On formal occasions, a white round-collar blouse replaced the pink blouse. The boys were still required to wear a pair of loose grey pants with a white shirt jack. However, on formal occasions, the boys wore a white long sleeve shirt and a black tie. The wearing of the school’s crest was discontinued in the early 1980’s.

Headmaster Mr. Clarence Edwards introduced the graduation ceremony on December 12, 1974, held in the school’s auditorium. Miss Sharon Knight was the valedictorian of the first graduating class. Also, at that time, sixth form or A-level was directly attached to the school.

In 1985, Princess Margaret School made its mark as the first secondary school to introduce the Agricultural Science programme under the leadership of headmaster Mr. Vincent Benjamin. Mr. Benjamin also oversaw the addition of Information Technology to the school’s curriculum. The school at that time offered the widest portfolio of subjects across the twin-island’s education system.

In latter years Physical Education, Music and Theatre Arts were added to the school’s curriculum under the leadership of Headmaster Dr. Colin Greene (2002 to present), further expanding the school’s CSEC portfolio.

The school is well known for its domination of the schools sports arena and has been instrumental in the development and support of the many athletes that have passed through its doors. Most recently, the school had much to celebrate when current student Dwayne Fleming won the gold medal in the Under-19 100 metres event and past student Alyssa Dyett gained a bronze medal in the Triple Jump at the 2022 Carifta games.

In 2002, the school’s physical plant was upgraded with a new staffroom, five classrooms, a bookroom and eight new laboratories. In 2017, a new state of the art two-story Home Economics Centre was added to the school and 2019 (April) marked the completion of a new two-story administrative block after the original block was destroyed by fire in February of 2018.

Princess Margaret School continues to produce a cadre of men and women who continue to contribute to the development of Antigua and Barbuda across all sectors.

“The World is in need of Good Men and Women.”