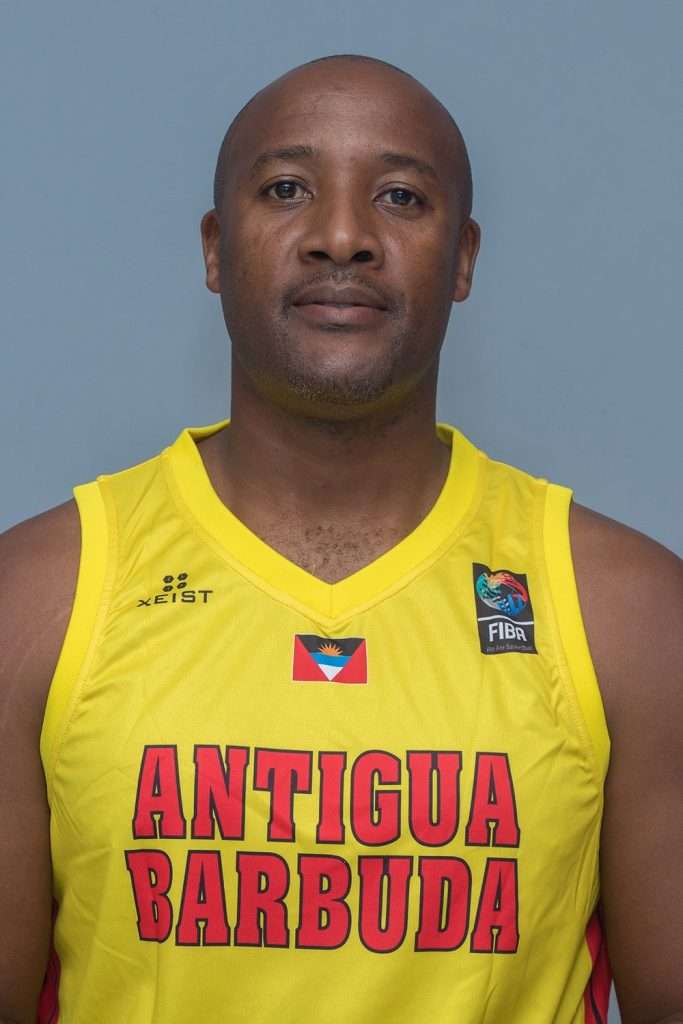 2019 NATIONAL SPORTS AWARDS NOMINEE Antigua Barbuda Basketball Association Sports Man of the Year – Bryan Matthew.  Over the years, Bryan “Hollywood” Matthew has exhibited excellence as an athlete in the sport of Basketball, playing locally, regionally and internationally. 2019 was another successful year as is exhibited in his performance locally and regionally.

This year, Bryan led the F&G Trading Cuties Ovals Ojays, as the team’s captain, to its 2019 League Championship, for the second consecutive year, and the Playoffs Championship. During the season, he averaged 16.84 points per game, 7.96 Rebounds per game, and 81.74% Free throws. In addition to this, his contribution was not limited to the court of play. He is a senior figure in the Ovals Ojays Club and plays an instrumental role in the organization of club activities.

These include, but are not limited to, cleanup campaigns in the community, outreach initiatives, and mentoring of young players.  When called to represent his country, yet again, in the 2019 FIBA AmeriCup 2021 Senior Men’s Prequalifies held in Belize, Bryan answered by captaining the National Senior Men’s Team, the Wadadli Bulldogs, in the tournament.

Coming off the heels of what was deemed as the best performance of the Senior National Men’s team in 2018, in the country’s history, this competition (round) was an advancement, to their success last year, playing teams such as Belize, Cuba and the Bahamas. In The 2019 ABBA Cool & Smooth Business League Competition, Bryan captained the Antigua and Barbuda Transport Board (ABTB).

This resulted in the team placing 1st in the league and winning their 3rd consecutive Playoffs Championship; he was also named the Playoffs MVP. During the League, he scored a total of 391 points, averaging 23 points per game, 13.3 rebounds and in the Playoffs, scored an average of 14.2 points and 10.2 rebounds per game.  The National Sports Award will be held February 15, 2020.