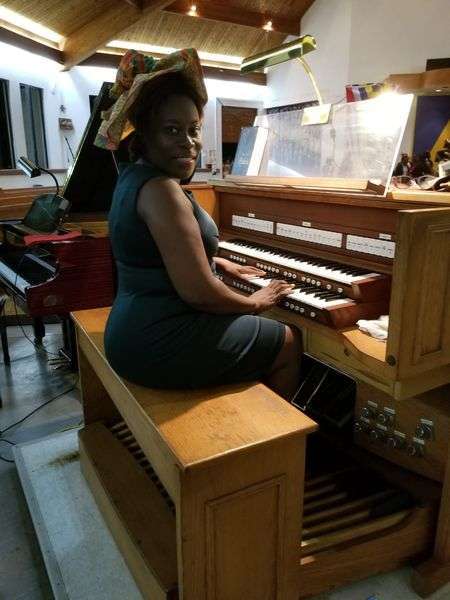 Her formative years were spent in Ovals. She attended the then privately owned Grays Elementary Primary School and the Princess Margaret Secondary School.

Her initial introduction to music was at the tender age of 5 by her aunt and mentor, renowned Antiguan music Teacher, Gwendolyn Chambers. She was encouraged to sit the then London based Trinity Music exams and was successful.

At age 8 when the Church Organist fell ill, she volunteered to play a Sabbath morning at the Cedar Grove SDA Church when her Dad was preaching . At that time, she could only play hymns in the keys of C and F major and had to request that they were the only ones chosen. 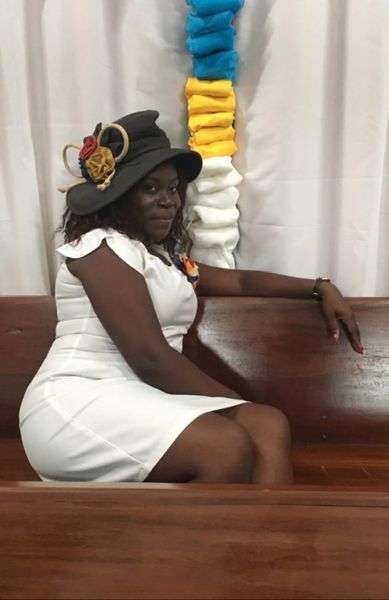 Shortly after Ms Kirby entered the halls of Princess Margaret Secondary (PMS), she was appointed Pianist for assembly and other school functions and accompanied the school’s choir until she graduated in 1989. During that time, she was approached by Ms Isalyn Richards to accompany the National Choir of Antigua and Barbuda, which she did with pride and joy as a teenager.

Her love for music and imparting knowledge to others started when her aunt assigned her to students who would pay for their classes. Lola recalls using her earnings to purchase textbooks while at PMS. Her passion for teaching grew when she joined the staff at St. Joseph’s Academy (SJA) as the Music Teacher in 1995 where she is the Accompanist for the SJA Glee Club. She was part of the inaugural team of Music Teachers under the Ministry of Education who introduced CXC Music. She taught at Antigua Girls High School (AGHS), Clarehall Secondary School (CHSS) and All Saints Secondary (ASS).

Ms Kirby extended her tutoring services to Her Majesty’s Prison (HMP). In 2011 she facilitated a program at HMP where inmates sat the Trinity and Guildhall Music exams, all passing with Distinction

As an Accompanist, her favorite line has always been “give me their composition, let me do what I want with it” . While a teenager, Lola served as the accompanist for the SDA Mass Choir under the Directorship of renowned Director Cuthbert Prince and the NCC of SDA Mass Choirs under the Directorship of renowned Director Dr Vernon Andrews.

Ms Kirby is a founding member of both the National Youth and National Children’s Choirs; she has been the Accompanist for all of the National choirs. In the nineties, she was the Accompanist of the Royal Police Force choir. Lola still prepares the recruits for the vocal presentation at their annual passing out parade.

She is the Organist for the Gracefield Moravian Church for over two decades and has been playing for many other churches around the island.

Ms Kirby’s musical aptitude extends beyond her playing abilities. She is a robust female vocalist who sings all four parts. In her more youthful years she performed with her parents and siblings as the Kirby Family, with her sisters as a Trio known as the Kirby Sisters or with their group the Harmonizers, a group of friends formed by their Mom.

Lola has served more than 15 years on various adjudication panels for music based competitions including the Groovy and Soca Monarch competitions during Antigua’s Carnival. She has also adjudicated in similar events across the region including in St. Lucia, Trinidad and Tobago.

Lola is presently the Coordinator of Music at the Department of Culture where she has been for over 15 years. She also serves on the Antigua & Barbuda Free Movement Committee which is responsible for issuing CARICOM Skills Certificate.

Lola Kirby is passionate about serving her nation. Her philosophy in life is “Don’t waste time trying to fit in when you were born to stand out” Ordinary is outdated.