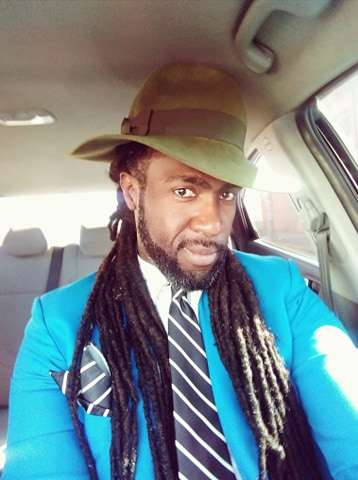 March 20, 1985- Jamion Knight was born to Nellie Howell and Keithroy Knight. He was raised predominantly by his mother, residing in English Harbour.

Jamion recalls fond memories of his time at Cobbs Cross Primary, Antigua Grammar School (AGS) and the Antigua State College (ASC). He recalls the diverse nature of his classes at AGS reflecting that personal conflict among classmates never overrode class camaraderie and made for fun times. At ASC, dialogue with his tutors inside and outside the classroom was a very important component of his development. They indulged in his discussions on current events and issues related to the various subjects.

Jamion was the recipient of the Nation’s highest academic award – Island Scholar in 2003. He continued his studies at The University of the West Indies, Mona earning a Bachelors in International Relations (with Education) 2004 – 2007 and at the School of Oriental and African Studies, University of London, completing a Masters International Studies and Diplomacy (with Media Studies) 2007 – 2008.

In 2011, Knight became the first Antiguan and Barbudan to take up a professional posting with UNESCO, one of the UN’s specialised agencies. He was shortlisted from a pool of over 400 applicants to eventually be employed as Associate Executive Officer, Communication and Information Sector, Office of Deputy Director-General.

He has since moved on to various postings and currently serves as Associate Programme Specialist – Communication and Information Programme responsible for promoting freedom of expression, freedom of the press, access to information and safety of journalists in Central America. This focuses specifically on the promotion of ICTs to build knowledge societies, with an emphasis on the inclusion of people with disabilities and Indigenous communities.

Jamion has worked as a lecturer, journalist, foreign service and research officer across the private and public sector in Antigua and Barbuda and served in all fields with distinction.

He places on record the invaluable impact of his mother on his growth and development. He reflects on her unwavering encouragement for him to follow his dreams. She supported his early pilot ambitions. In 1996, she bought him a computer from Courts for his Christmas – a novel item she was not familiar with but purchased after being advised that it would be ideal for her son’s development. He was one of few persons in his community or school that owned such.

His mother supported him seeking employment at age 14, to begin saving towards his dream of becoming a pilot. He recalls that she would awaken from her sleep in the wee hours to meet him and accompany him home. He worked at Abracadabra in the bar then the kitchen, studying during breaks and slow periods.

Jamion shares the importance of experience and knowledge. He spoke on his interaction with the sailors who stayed at his mom’s rental accommodation which provided him with a look beyond his community. He feels strongly that a broadened horizon will reduce the disadvantage faced by youth of Antigua and Barbuda on the international job market. He stated firmly ‘No one owes you anything, focus on getting ahead using what you have’. He encourages us to make the best use of opportunities, seek to be more independent, creative and solution driven.