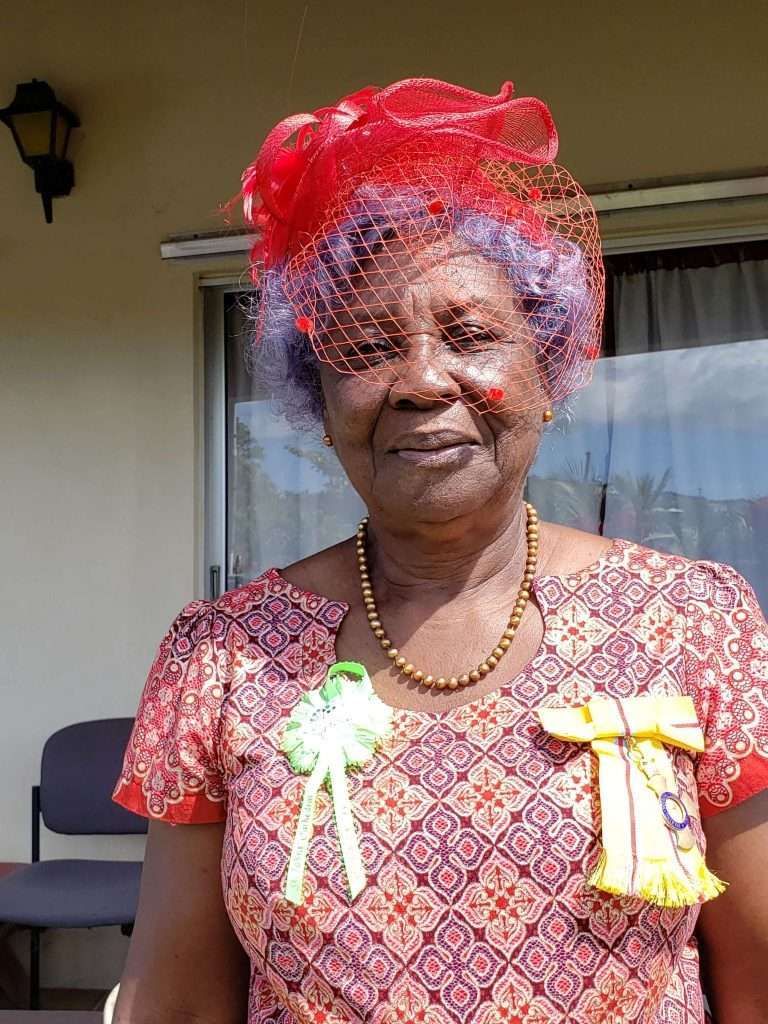 March 9th 1940 – Claudette Yvette Monica Nicholas Isaacs was born in the village of Old Road, St. Mary’s, Antigua. She was the 2nd daughter and fourth child of her parents the late William and Mary Nicholas.

On December 23,1976 she married her husband of the past 44 years, Mr. Phillip Isaacs Sr. This union produced two children, Dionne and Phillip Jr. and would also take her from her beloved Old Road to town. In 1977, she was transferred from Old Road Primary School to Golden Grove Primary School where she served the longest in her teaching career. She served as Deputy Principal there for many years.

In 2001, for a short period, she was sent to serve as the acting Principal of the Bolans Primary School. Though her stint was a short one, she created a deep bond with the community that is still going strong to this day.

In 2002, she was transferred to the Greenbay Primary School where she served as Deputy Principal until 2003 when she began serving as Principal until she left the service in 2008. She was beloved in the community and is still regarded by many as the best principal ever.

Throughout her teaching career Mrs. Isaacs sought to educate and advance herself with a number of certificate and diploma courses in Management, Early childhood education, and others from the University of the West Indies, Mount Saint Vincent University and other institutions and organisations.

Mrs. Isaacs is a certified guidance counsellor and represented Antigua and Barbuda in many courses and workshops abroad with specific focus on drug abuse.

She has always been involved in church life as a young girl and then as a woman at the Gracebay Moravian Church and this continued at the Spring Gardens Moravian Church where she now serves as the Christian Educator and an Acolyte. She continues to serve the God in whom she believes and thanks him for his many blessings on her life.

In 2018 she was recognized by the Government and people of Antigua and Barbuda with the Order of Merit National Honour for services to Education.