July 4th, 1973 – CARICOM (Caricom) , also known as the Caribbean Community, was officially agreed upon through the signing of the Treaty of Chaguaramas by Prime Ministers Eric Williams of Trinidad and Tobago, Norman Manley of Jamaica, Errol Barrow of Barbados and Forbes Burnham of Guyana. It is important to note that at that time, these four territories were also the only independent countries in the British West Indies.

Caricom, at the time, was the latest in a string of attempts to unify territories in the British West Indies. It followed the failed attempt at the West Indies Federation and was considered the upgrade to the subsequent Caribbean Free Trade Association (CARIFTA) which was formed May 1st 1968.

Brief Background From Federation to Caricom

Upon withdrawing from the Federation, the Prime Minister of Trinidad and Tobago had proposed the implementation of a Caribbean Community which would include all islands of the Caribbean Sea regardless of independence status as well as the three Guianas (Guyana, Suriname and French Guiana). This idea was formally discussed when he assembled the first Heads of Government Conference in July 1963 which was attended by leaders of Barbados, British Guiana (Guyana), Jamaica and host Trinidad & Tobago.

In July 1965, discussions deepened when the Premiers of Barbados and Guyana and the Chief Minister of Antigua and Barbuda began discussing the possibility of creating a Free Trade Area. With the development of a Free Trade Area, there would be a mutual agreement to limit or remove any barriers to trade amongst participating countries resulting in businesses being able to access cheaper products and raw materials. This would be of significant benefit to consumers when these savings are passed on to them.

CARIFTA became official in December 1965 when Antigua, Barbados and Guyana signed the Dickenson Bay Agreement in Antigua. Carifta came into full effect on May 1st 1968 amongst the original signatories and Trinidad and Tobago. Later that same year, the remaining territories of Dominica, Grenada, St. Kitts/Nevis/Anguilla, St. Lucia and St. Vincent joined in July while Jamaica and Montserrat signed on in August.

In 1972, at their 7th Heads of Government Conference, the territories decided to go a little further in their quest for integration. The Caribbean Community with a common market at its core emerged and thus, the idea of Caricom was born. With the development of a common market, the territories went a step further from just coordinating trade amongst themselves, as obtained in the principle of free trade promoted by CARIFTA, and began formulating policies on how the region as a whole would do business with those outside amongst other things. The efforts took into account that the region was becoming less relevant to Great Britain resulting in the loss of preferential trade agreements. Thus Caricom was essential to effectively combat the harsh realities of globalisation.

In April 1973, during the 8th Heads of Government Conference, held in Georgetown, Guyana, legal papers were drafted to make the Caribbean Community a reality. The document, known as the Georgetown Accord, was signed by 10 territories, with Antigua (and Barbuda) and Montserrat pending. The Georgetown Accord also provided for the signing of the Caribbean Community Treaty on July 4th, 1973 and its taking effect in August 1973 amongst the four independent nations at the time (Jamaica, Guyana, Trinidad & Tobago and Barbados). The other eight territories, Antigua and Barbuda, Belize, Dominica, Grenada, St. Lucia, Montserrat, St. Kitts/Nevis/Anguilla and St. Vincent would make it official May 1st, 1974. 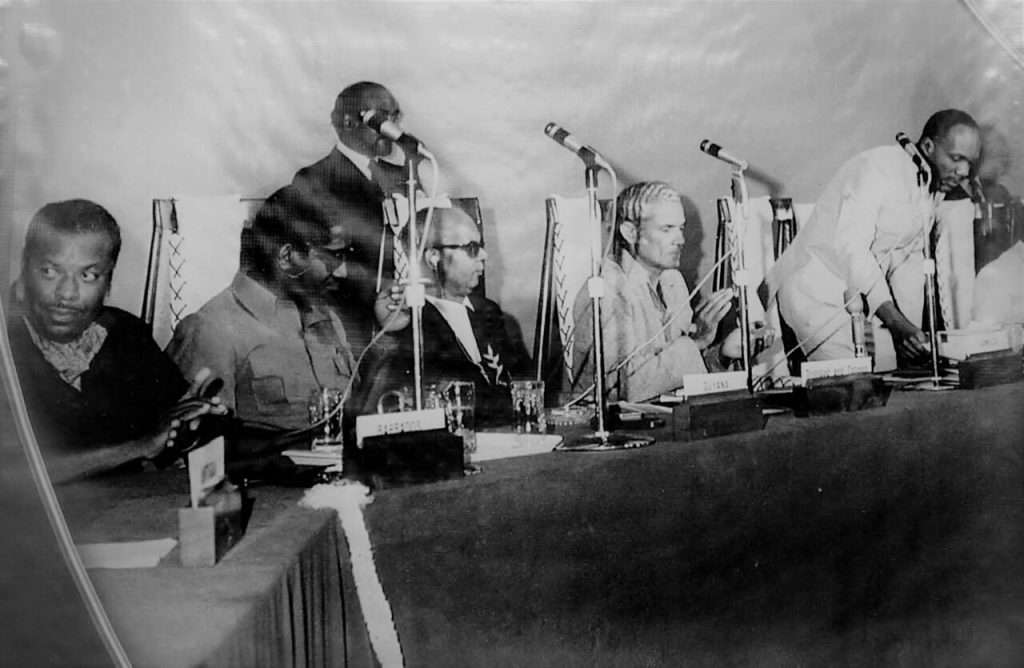 Bahamas became a member of the community on July 4th, 1983 but opted out of the Common Market. The British Virgin Islands and Turks and Caicos became Associated Members in July 1991. The Cayman Islands and Bermuda enrolled as Associate Members on 16th May, 2002 and 2nd July, 2003 respectively and Suriname joined as a full member on July 4th, 1995. Haiti was granted provisional membership on 4th July, 1998 and on 3rd July, 2002, became the first French speaking Caribbean territory to attain full membership.

In 1989, Caricom began a move towards propelling its integration efforts forward through the creation of the Single Market and Economy. This was revised in 2002 recommending that all remaining barriers be removed to allow for the free movement of people, capital and goods across member states amongst other things. Today, there are many areas of work in which Caricom nationals can obtain a skills certificate to freely work in fellow Caricom territories and there have been quite a number of businesses that have grown into regional brands.

Caricom is set on four main pillars: economic integration, foreign policy coordination, human and social development and security. It is from these four pillars that its various objectives are derived. Over the years, the Community has successfully set up a variety of institutions to achieve functional cooperation which enables territories to effectively share policies with each other and cut implementation costs by undertaking activities in a joint fashion. These include The University of the West Indies (UWI) and the Caribbean Examination Council (CXC) in education, Caribbean Agricultural Research and Development Institute (CARDI) in agriculture, Caribbean Disaster Emergency Management Agency (CDEMA), and the Council of Legal Education (CLE) among many others.

These organisations have proven their worth to the body over the years by providing many avenues for development as well as keeping the region on solid footing. St. Vincent and the Grenadines Prime Minister, Dr. the Hon. Ralph Gonsalves in his speech as incoming Chair of Caricom in July 2020 postulated that Caricom ‘was central to the Region’s salvation given the explosion of pandemics, climate change and matters of global political economy’. This would have been seen in 2021 with the Caribbean Public Health Agency (CARPHA) playing an integral role in providing a myriad of technical assistance to Caricom territories as they dealt with overwhelming impacts of the Covid-19 pandemic and the assistance provided by CDEMA over the years to territories that would have been ravaged by natural disasters.

The sense of community has made its way beyond the grouping to individual levels with individual countries utilising local resources to aid other community members. Some examples include Antigua and Barbuda offering to host its Montserratian neighbours during the major volcanic eruption in the 90’s and allowing for Dominican students who had been displaced by Hurricane Maria in 2017 to transfer to schools in Antigua so as to continue preparation for CXC examinations. In April 2021, the government of Trinidad & Tobago deployed Defence Force Personnel and 260 tonnes of relief items to aid St. Vincent and the Grenadines in the aftermath of a volcanic eruption on that island.

The grouping is presided over by its Principal Organ, the Heads of Government Conference who are responsible for creating policies and making major decisions. The day to day operations of Caricom are undertaken by the Caricom Secretariat based in Georgetown, Guyana. They are tasked with following up on policy implementation and providing technical support to the various participants within the grouping. The Principal Organs are also assisted in their leadership role through the technical assistance of Organs such as the Council for Trade and Economic Development (COTED) and Bodies such as the Legal Affairs Committee and Budget Committee.

For more information visit https://caricom.org/ or listen to the CSME radio series on https://soundcloud.com/caricomorg/csme-radio-feature