July 4th, 1973-  The Antigua Public Utilities (APUA) was officially formed when the Electricity, Water and Telephone Departments were merged under the Public Utility Act.

Prior to the merger, the Electricity Department functioned on lower St. Mary’s Street while the Water Department was attached to the Public Works Department, and the Telephone Department was located on Long Street. With the newly legislated Public Utility Act, the company was now designated as a statutory body and was given the right to carry out a range of activities to include the generation, distribution and sale of electricity, the supply, distribution and maintenance and sale of water services and the provision of telephone services for calls originating and ending within the State.

The newly branded APUA began its operation on All Saints Road in the same location where the Central Housing and Planning Authority stands today. This building was destroyed by fire in 1979 and the company had to relocate to the previous location of the Electricity Department on St. Mary’s Street. Following this, they moved to Thames Street and continued operations in the Mendes Building. Other locations for the entity’s headquarters include the Roberts Building in Cassada Gardens then to the current location on the corner of Independence Drive & High Streets.

In 1995, the nation was impacted by category 4 Hurricane Luis which resulted in significant loss and damage and APUA was not spared in this catastrophe. Their head office location received major damage and, as a result, had to be relocated once more. Yvette Bird, who has been with the company for the past 42 years, was working in the Accounts Department at the time. She recounts that it was a difficult period after the hurricane but persons still needed to be paid so they began operating out of the Telephone Exchange building, since it was not damaged. All other departments of the Head Office were relocated to Cassada Gardens where a building was rented to carry on operations.

While at Cassada Gardens for some time, the company opened a satellite location on upper High Street making bill payments more accessible to residents. Some time after, this satellite location was moved further down the same street east of Ceco Pharmacy before being moved to Village Walk on Friars Hill Road where it still operates today. During this time, most of the Head Office had also made the transition back into town by moving into the former BenCorp building on the corners of Independence Drive and High Street. However, it was not possible to house all departments in the same building so some departments such as the Planning Department remained at Cassada Gardens. In June 2020, APUA added the option of online bill payment and receiving of bills via email which formed part of its ‘greener approach to doing business’.

Over the years, the company has had numerous avenues of growth and expansion. On 25th January, 2000, APUA decided to add to its suite of services by introducing its very own mobile digital GSM service which it dubbed APUA PCS. This new technology offered high quality voice calls and island wide coverage and was the first of its kind in the English speaking Caribbean. They were also first amongst their competitors to offer free incoming calls to customers. In 2005, the company brought on stream its broadband service, Inet, utilising DSL technology which was another first for them. After two years of operation, Inet was re-launched in 2007 with improvements to the packages offered as well as promises of improved internet performance. Today, the Telecoms branch of APUA continues to make waves with the rollout of its Fibre broadband service which was introduced on July 5th, 2021. The technology is already in use in a number of areas across the island and work is still ongoing to set up those areas that are yet to receive the service. 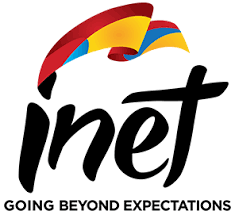 APUA has also invested greatly in its human resource capital in a number of ways to include providing fully funded scholarships for staff members to complete courses, gifting employees vouchers on their birthdays that can be used towards paying a bill of their choice as well as organising group medical insurance for employees and their family members with the company paying a percentage of the premium on behalf of the employees. The company also boasts its Summer Internship Programme (SIP) which is geared towards ‘offering tertiary level students a practical job experience in their field of study’.

The company continues to serve the nation of Antigua and Barbuda under the leadership of current General Manager, Ensworth Martin. Other general managers that have served the institution over the years include Milton Rogers, Peter Benjamin and Chaku Symister. The operations of the company are overseen by a Board of Commissioners chaired by Mr. Luther Lee and Minister responsible for Utilities, Hon. Sir Robin Yearwood.